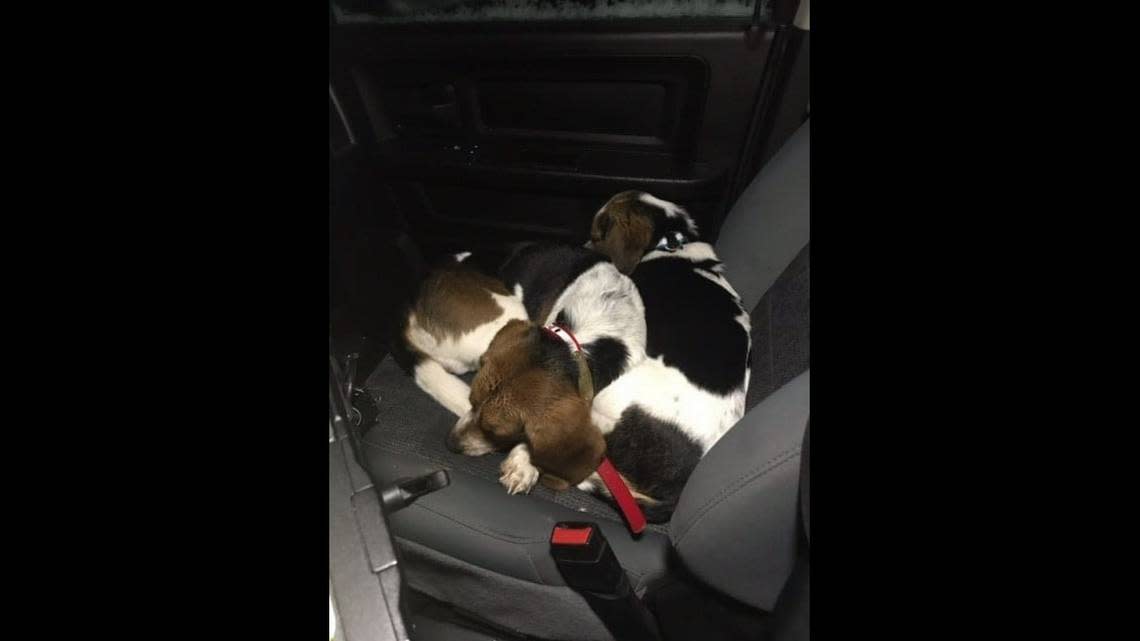 The dog version of a Christmas miracle is playing out in Ohio.

Familiar details include an expectant couple traveling roads alone, no room in the inn, and a wise man bearing gifts.

“Afraid they would get hit by a vehicle, Officer Kiebel and another driver caught the dogs and put them in his patrol truck to get warm.

“Unable to reach an owner, Officer Kiebel took the dogs home to give them some food and keep them warm for the night,” the post said. “The next morning, Officer Kiebel discovered the female was pregnant.”

It later became clear the dogs were on the road that night because they had been abandoned, the state reported.

Realizing there was no happy reunion in the making, Kiebel and his wife contacted a nonprofit shelter and found a place for the dogs to stay, including veterinarian care.

Then the rest of the community stepped up.

The beagles were adopted as a couple “and renamed Johnny & June,” likely in tribute to country singer Johnny Cash and his wife, June Carter Cash.

The new owners weren’t identified. And the state didn’t say if the puppies are due around Christmas.

“We hope they’ll be out chasing rabbits someday soon,” the division added.

The Facebook post included a photo of the two dogs curled up together in Kiebel’s truck. The post has gotten 4,400 reactions and more than 280 comments, including some who noted similarities to the Biblical nativity journey of Joseph and Mary.

Puppy jumps from capsizing boat into frigid water, then gets stuck under Alaska cliff