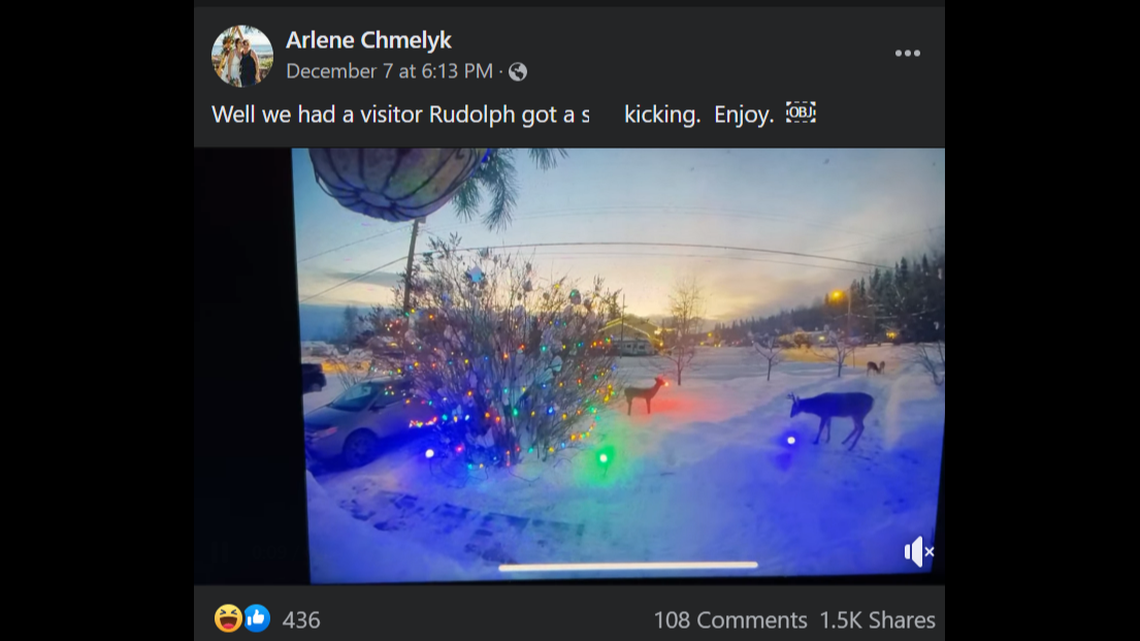 Some neighborhood deer are doing more than just laughing and calling Rudolph names this holiday season.

A Rudolph-looking lawn decoration in Fort Nelson, British Columbia has become the target of bullying by young bucks that seem to mistake it for a real animal — and a likely rival competing for attention from female deer, CBC reported.

The Christmas decoration is actually a 3D archery target made to look like a whitetail deer, UPI reported. It also has a bright red light bulb on its nose.

Arlene Chmelyk, who lives in the home where Rudolph resides, shared a video on Facebook of a young deer interacting with the decoration. The deer seems to glare at Rudolph from a distance before slowly approaching him. He gets momentarily spooked and jumps away, but then slowly circles the Rudolph decoration. Finally, amid the red glow of Rudolph’s nose, he gives the decoration an aggressive headbutt, toppling it over, before he bounds away into the snow.

The buck might be especially aggressive around this time of year because it’s “rutting season,” or a period of time when deer and other animals approach their breeding season. A common rutting behavior is sparring among bucks, which might help the deer establish a dominance hierarchy among males, according to the Noble Research Institute.

Chmelyk told CBC that her family plans to bring the decoration back year after year, even if the local deer never catch on.

The results are in: This is the ultimate holiday cookie, according to South Carolinians

After 3 weeks in ICU, Arkansas man back home after fall while hanging Christmas lights