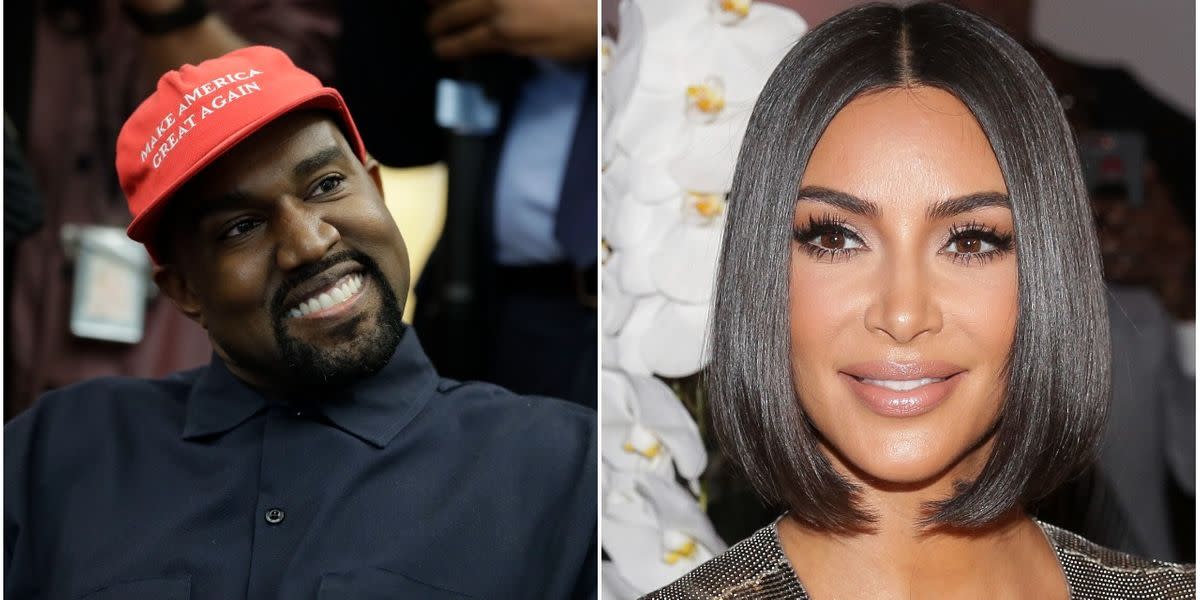 Like many people, Kim Kardashian West had a negative reaction when she saw her then-husband Kanye West wear a red “Make America Great Again” baseball cap.

However, she said the experience has changed her in ways she views as positive.

Last month, West, who now goes by Ye, revealed in an Instagram video that his now-ex-wife was less than happy with his choice of hat, which he wore during his ill-fated 2020 run for president.

Kardashian West admitted as much during a recent podcast interview with former New York Times columnist Bari Weiss, and said the rapper’s decision to wear the hat during a 2018 “Saturday Night Live” performance made her “very nervous.”

“I didn’t want him to wear the red hat. I’m not really a rule-breaker, so my personality would be like, ‘OK, you guys don’t like the red hat? I’ll take it off,’” Kardashian said. “I remember other people were around and it became a thing where he wasn’t going to go on because he wanted to be who he is.”

Kardashian West said that ordinarily she is “very neutral,” but said “that night I was very forceful with him and told him he had to take off the hat.”

But she said she would do things differently now.

“And now, looking back, I think, why should he take that off if that’s what he believes in? Why can’t he wear that on TV? Half of the country voted for [Donald Trump], so clearly other people like him,” she said.

Kardashian West said she learned a lot from that situation.

“No matter what, it taught me to be a little bit more empathetic for people that just want to do what they want to do: freedom of speech! And if you want to wear the hat, wear the hat,” she said. “I respect the fact that he knew exactly what he believed in and always stood by that. To me, that’s a good quality to have, no matter who is against you and no matter what the circumstances are. I think that it’s just admirable and it’s just a really cool quality. Even if it’s not what I agree with, or even if I would have done it differently, I think it’s commendable.”

You can hear the complete interview below.

This article originally appeared on HuffPost and has been updated.