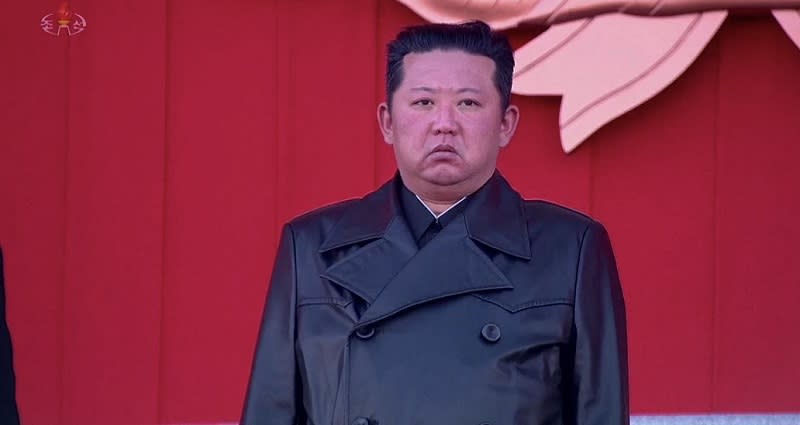 On the 10th anniversary of former supreme leader of North Korea Kim Jong-il’s death last week and the beginning of the country’s 11-day bereavement mandate, a noticeably slimmer Kim Jong-un made an appearance to commemorate his father’s death.

Death anniversary: Donning his trademark black leather coat, North Korean’s supreme leader Kim Jong-un, 37, stood in front of thousands of North Koreans who attended the memorial service at the Kumsusan Palace of the Sun, the mausoleum of the late leader, on Friday, according to Reuters. North Korea’s flag was also flown at half-mast as part of the commemoration.

Kim Jong Un has appeared on state TV at events to mark the 10th anniversary of his father’s death. This is a screen grab from KCTV. It was around -7C in Pyongyang today. pic.twitter.com/MkTgQBJqjh

Other details: Kim Jong-il succeeded his father, Kim Il-sung, after his death on July 8, 1994. He ruled North Korea until his death on Dec. 17, 2011. The country experienced several challenges under his leadership, including several food shortages, which led to the “arduous march” (also known as the “meal-skipping campaign”).

Asian Vendor Allegedly Asked to Leave Market in U.K. Over Fear of Coronavirus