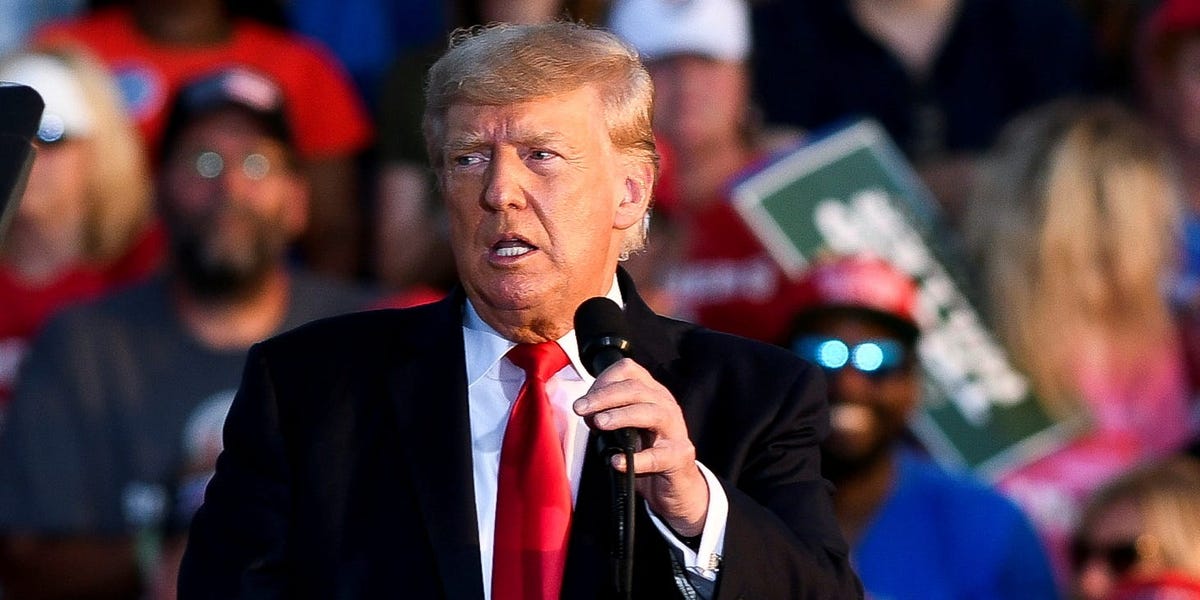 Supporters of former President Donald Trump booed and jeered when he announced on Sunday that he had received a COVID-19 booster shot and was in favor of the vaccine.

Trump made the comments during an appearance on the former Fox News host Bill O’Reilly’s “History Tour.” Newsweek first reported on the remarks.

At the event, Trump noted that the COVID-19 vaccine was developed under his administration as part of Operation Warp Speed. “Look, we did something that was historic, we saved tens of millions of lives worldwide when we, together, all of us, we got a vaccine done,” Trump said.

“This was going to ravage the country far beyond what it is right now. Take credit for it,” Trump said, adding later: “It’s great. What we’ve done is historic. Don’t let them take it away.”

The former president drew cheers from the crowd when he said that he was opposed to vaccine mandates, adding, “If you don’t want to take it, you shouldn’t be forced to take it. No mandates.”

But the crowd’s reaction shifted when Trump and O’Reilly revealed they were both vaccinated and had gotten booster shots.

According to Newsweek, after O’Reilly told the audience that he and Trump were vaccinated, he asked Trump if he received a booster shot, to which Trump replied, “Yes.”

Newsweek reported that the crowd then started booing Trump and that he had to tamp down the audience’s reaction which appeared to be coming from one side of the arena.

Trump’s comments over the weekend came a few months after he told reporters that he would not be getting a booster shot.

“I feel like I’m in good shape from that standpoint — I probably won’t” get one, he told The Wall Street Journal in a September interview. Later he added, “I’m not against it, but it’s probably not for me.”

Trump has repeatedly sent mixed messages about the COVID-19 vaccine to his base, a big chunk of which remains reluctant to get the shot.

While the Biden administration has pushed Americans hard to get one of the three available COVID-19 vaccines — which have proved effective at significantly reducing the likelihood of hospitalization and death from the disease — Trump has said that while the shots are safe, Americans should not be required to get them.

The former president first encouraged Americans to get vaccinated in March, months after the vaccine was first developed and after he left office. The New York Times reported that both Trump and former then-first lady Melania Trump privately received their vaccines in January, before he left office.

Trump’s approach to getting vaccinated stood in stark contrast to that of other public officials, including former Vice President Mike Pence, President Joe Biden, Vice President Kamala Harris, and former presidents Barack Obama, Bill Clinton, and George W. Bush, all of whom received their vaccinations on camera to build public trust.

The former presidents also released an ad campaign in March urging Americans to get vaccinated. Trump was the only one who did not participate in the video.