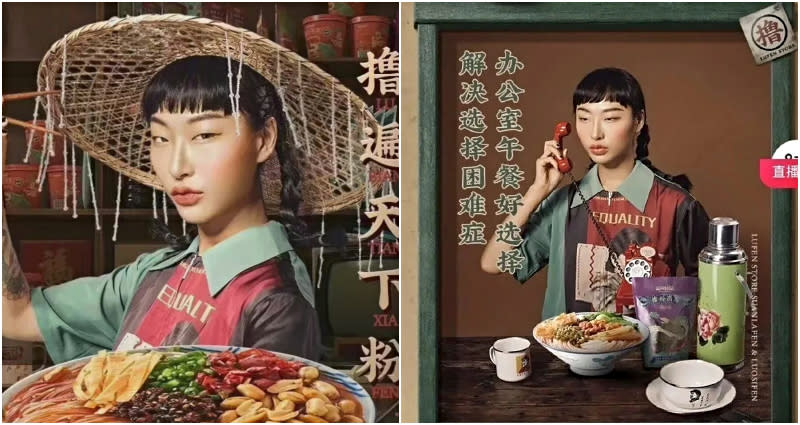 A Chinese model at the center of an ongoing controversy about beauty standards and Western stereotypes in China has clapped back at critics taking a jab at her “slanted eyes.”

Driving the news: The model, who goes by the professional name Cai Niang Niang, appeared in a 2019 ad for a local snack brand called Three Squirrels. Photos from that campaign recently resurfaced on Chinese social media, drawing criticism for its supposed negative portrayal of Chinese women.

What the brand is saying: Three Squirrels has denied accusations that the ad intended to “smear” Chinese women. The company also stressed that Cai’s makeup was done according to her facial features, without any intention to make her look “ugly.”

What she’s saying: Cai, who likely had no control in the making of the ad, was forced to respond to the online backlash on Sunday, claiming that it has become a case of “cyberbullying.” She questioned her critics and their authority to decide whether or not she can be Chinese.