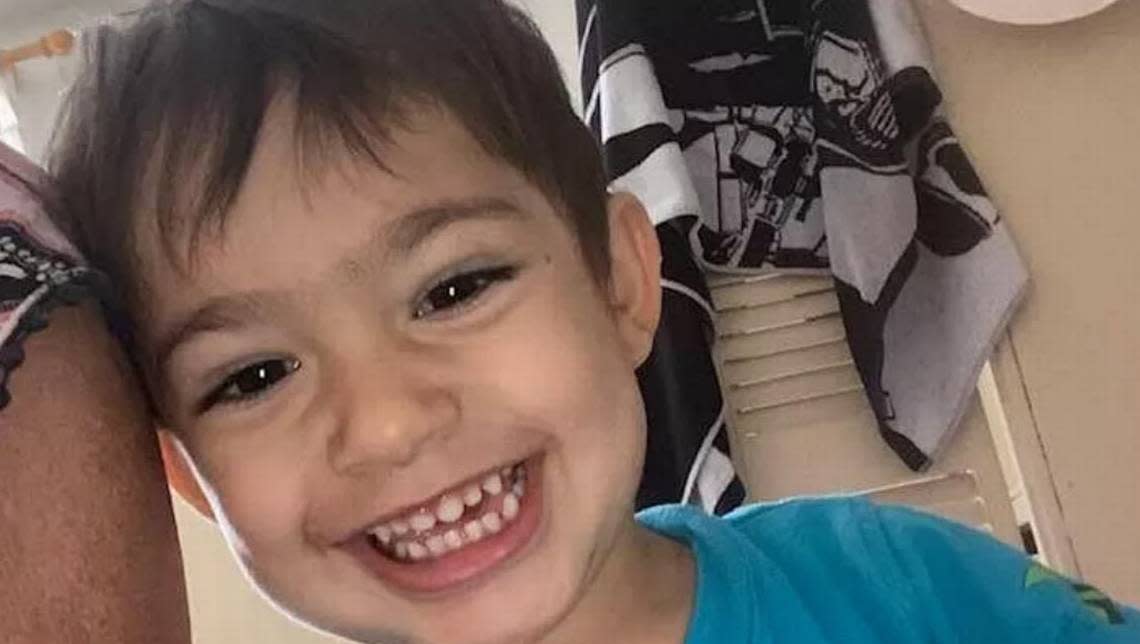 A Mariposa-area child was left without his father, his last surviving parent after a post-Christmas outing to the snow ended in a fatal car accident.

On Sunday, Andrew Trujillo, his girlfriend, and their respective children were on a holiday outing to see snow around the Yosemite area when a tragic accident cut his life short.

Trujillo was driving the bunch outside of Yosemite National Park when he appeared to have lost control of the vehicle driving south on Highway 41.

The car veered off the road and into a tree, where Trujillo suffered fatal injuries, according to California Highway Patrol Officer Jason Bettini. Family members said he was avoiding another car, which sent him off the road.

The toddler’s tragic loss of his father comes a little over a year after losing his mother, Stacy Tara Trujillo.

Now the grieving family is looking for financial support for the child.

“Baby Drew is now an orphan,” said Charles “Chuck” Stone, an uncle to Trujillo, in a Tuesday morning interview with The Bee.

“We don’t even know what the future holds for him,” said Stone. “We’re all concerned about him because he’s got so much tragedy.”

Deceased father was ‘a good soul’

Relatives described Andrew Trujillo as a caring, tenderhearted person who was well-loved by all.

“Andrew was a very special guy,” said John Trujillo, uncle of the deceased father, who said that Trujillo would drop what he was doing to help anyone in need of assistance.

“He’s a good soul,” said John Trujillo. “He was a tremendous young man.”

Trujillo also had his share of tragedy, according to his uncle, Stone. A car accident that left him with a “severely” broken leg robbed him of his dream career as a fireman. Instead, Trujillo pursued a career as a paramedic with Sierra and Mercy Ambulance companies.

Then, Trujillo suffered the loss of his wife, who took her own life last September after battling postpartum depression, among other things, family members said.

She was pregnant with a baby girl at the time.

After the tragic loss of his wife, Trujillo was “just starting over” with his son, Drew, as well as a new girlfriend and her two children, said Stone.

Trujillo’s girlfriend and her children were also in the car at the time of the accident. CHP confirmed that three children between the ages 2 to 11 were transported to Valley Children’s Hospital with “minor to major injuries.” Trujillo’s relatives said she and her children remained in the hospital Tuesday.

Drew, who was in a car seat, was spared from major injuries.

Fundraiser for ‘Baby Drew’ and his future

“He’s got plenty of people that love him and care about him,” said John Trujillo, adding that the child has lots of cousins and family that “adore him.”

“But we can ever replace mom and dad,” said the late father’s uncle.

Family members said that little Drew has been asking for his dad over the past few days. When they tell him that his dad is in heaven, “he gets really upset,” said John Trujillo.

For now, the grieving family is focused on supporting little Drew, as well as planning for his future.

“We just want him to have some sort of future, which is never going to be completely normal,” said Stone. “But we’re just hoping for him to just continue on being a happy little feller.”