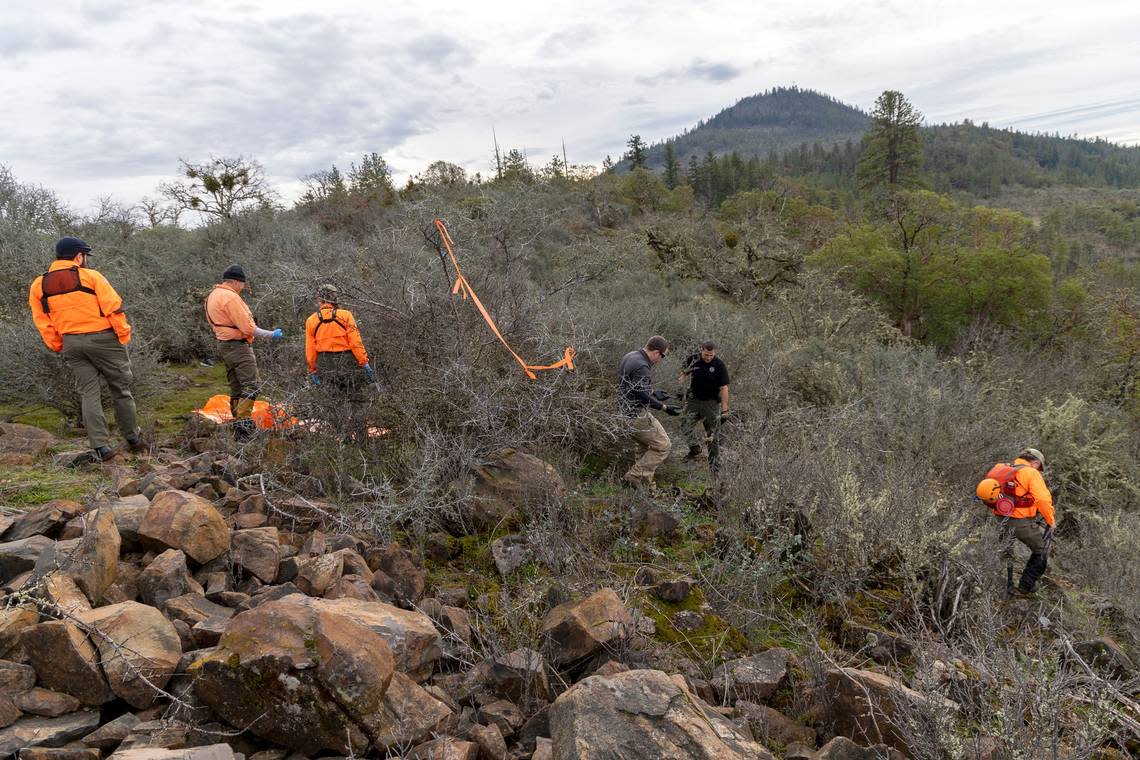 A man was walking his dog when he discovered nearly decomposed human remains on a hiking trail in Oregon, police said.

The man reported finding the remains in the evening of Monday, Jan. 10, the Jackson County Sheriff’s Office said. The report prompted an investigation that began the next morning with several search teams and human remains detection dogs.

The dog walker found “skeletonized remains,” meaning the body had likely been in the wilderness long enough for the remains to decompose and begin to reveal the skeleton, the Jackson County Sheriff’s Office said.

“Investigations are ongoing by JCSO Medical Examiner detectives although there are no immediate indications of suspicious circumstances,” sheriff’s deputies said Jan. 12 on Facebook.

The remains were discovered near the Roxy Ann Peak Trail, a 4.9-mile loop trail near Medford.

The cause and manner of death will be determined after an autopsy. The remains have not yet been identified.

“The name of the decedent will be released pending a positive scientific identification and next of kin notification,” deputies said. “There is no further information available at this time.”

Bone in sunken SUV belongs to woman who vanished with kids 20 years ago, Ohio cops say